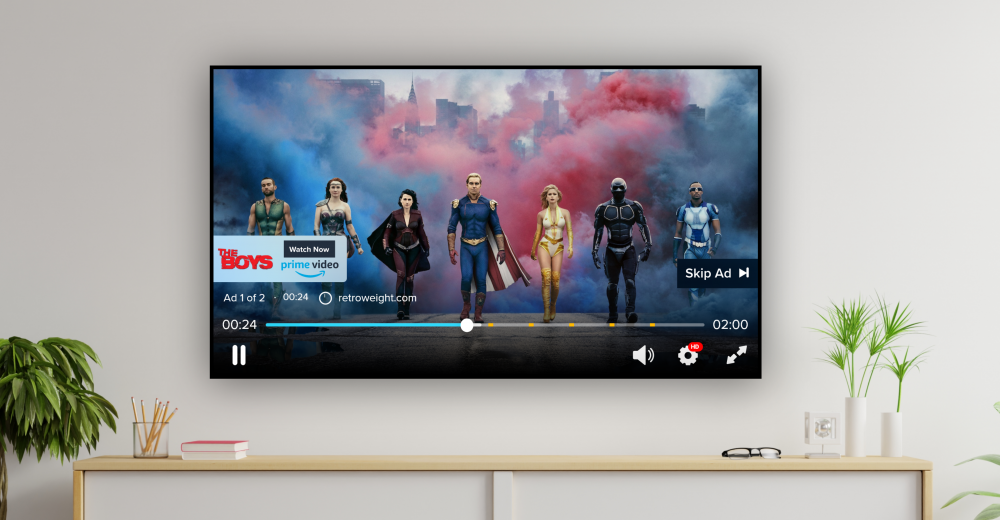 Admittedly video has become an indispensable visual medium for us all in the recent age. It can conduct a one-way instruction or two-way communication to get a certain message across. It has taken education up to its level and rendered a channel of knowledge without any classroom.

In the very recent years too, under the rule of pandemic, video medium has surpassed its previous range of capabilities. To stretch across mountains and seas, to every possible nook and cranny for sustaining our livelihood, education, mental health and overall wellbeing.

This unprecedented surge in mankind led up to a revolution in video on demand platforms. And so the key players of the field popped up one by one, the giants got even bigger. If you look at this piece of statistics that publicizes the successful penetration of vod streaming services into the French market by numbers, you shall get a grasp of its peak status.

More than half the population of French citizens went up on a top VOD platforms– either Netflix followed by Disney+- to gratify their entertainment needs. They seem to have watched at least one program a month on the platform with 18.8% of respondents streaming everyday. All of this has pushed up the market value to a figure close to 2 billion euros.

The North American market is noted to have held the largest market share in 2019. This growth would have been due to the expanding VOD market joined by the depreciating market of live TV broadcast. There can also be a spike in demand for video streaming services arising from a greater affiliation for music streaming services.

It is expected to go up and touch a staggering sum of 330.51 billion USD worldwide. This will indicate a 21.3% increase between 2022 and 2030. The forecast being based on the progression of technology as with implementation of blockchain technology and Artificial Intelligence to attain high clarity videos, that is bound to take the business up in the respective manner.

In order to delve into what is Advertisement Video-on-Demand or AVOD streaming, there ought to be awareness of the whole concept from which Ad Based Video On Demand streaming came about. The business of video on demand can monetize based on three distinct models in general. You have,

Though let us elaborate on the model considered to be the most accurate way of monetizing. The AVOD video monetization conducts business based on the exchange of money for views on the advertisement streamed within the platform by a commercial brand.

The advertisement typically gets stitched into the media programme content by one or more ways and the views garnered by the show are taken equivalent of the views for the advert. This model also goes by the name of ‘pay per view’ since revenue is on a per-view basis. That is also probably why it is regarded as a precise model for the business.

The Attraction of AVOD

AVOD is cost free thus making it a choice of platform most consumers could turn to. As for the commercial brands willing to advertise with an AVOD OTT platform, they are essentially looking for a wide audience base to place their product in front of. Perhaps, this confluence of complementary interests gains traction for an AVOD streaming service.

Advertisers are also looking to turn things up in their marketing approaches. They are increasingly siding with disruptive ways of branding. This is reason enough for them to tie up with a AVOD advertising channel. The stats add up too, uncovering a growing market for it. There has also been a statistically recorded rise in the revenue from expansion of the avod market that goes on to show the status quo favoring the model under discussion.

What Are The Practical Benefits of AVOD Platform?

Sure enough, there are some great benefits in store for the stakeholders of the AVOD services. The following are advantages unique to an advertisement based video monetization services,

Now let us engage with a list of AVOD platforms in the domain who have well-rounded services to offer that will is likable by broadcaster and advertisers,

CONTUS VPlayed is a consolidated video monetization platform that caters to all industries alike. Its services are also chosen for being profusely customizable. It is one good video solution in terms of complete coverage of all aspects of video streaming such as migration, hosting, marketing, monetization, optimization, safety and security.

CONTUS VPlayed Has Strong Features Such as,

Are You Planning To Build A AVOD Streaming Platform With 6+ Monetization Models?
Talk To Our Experts

Brightcove coming from Boston is one of the longstanding players in the field. It is well known with its customers as a robust video streaming solution as well as a name registered for its custom pricing scheme. It also extends highly supportive features as ‘batch uploading’ and an organization system that simplifies the overall management.

Brightcove Has Strong Features Such as,

GudSho is an all inclusive platform for video streaming needs of creators. The platform mainly helps video creators with monetizing their video creations with the additional help of video content management & security as well. That is why it can be quoted as a consolidated video monetization platform equipped with more than sufficient features to independently take on a video enterprise.

GudSho Has Strong Features Such As:

IBM Video Streaming is an AVOD OTT platform solution rendered by the giant corporation of IBM. Perhaps, that is also why it comes with numerous features that might work in favor of the prospective customer if they were to have expertful broadcasting set up.

IBM Video Streaming Has Strong Features Such as,

Dacast is considered to be a sophisticated AVOD streaming service provider that also puts focus on innovation. Two special features its name goes for are China Streaming and Zoom Live Integration. The first one is the virtual equivalent of crossing the barrier of the great wall of china. The second being an expansion of the scope of live webinars by integrating with zoom to bring guests aboard the platform for creating special virtual experiences.

Dacast Has Strong Features Such as,

Vdocipher provides online video hosting solutions to businesses in the education and media sector especially. It can build a video streaming website on a website or app either way. It is supposed to provide Hollywood grade security for its AVOD streaming services.

VdoCipher Has Strong Features Such as,

As we are nearing the end of this discussion about some of the top AVOD services, it is time to part with the last piece of suggestion. The platforms mentioned are best for their unique strengths so it is only recommendable to take up an individual analysis of each of them for finding the apt one for you.

In case you are looking for one best video streaming platforms to immediately launch your video business on, check into CONTUS VPlayed  and our sales team will get in touch with you.

If you are looking for readily launching an OTT monetization platform then look into CONTUS VPlayed right away.

The definition or the meaning of AVOD is another distinctive genre of service where content owners get options to inject ads between the main content. There are two types in it. One mentions skippable ads where users get a chance to avoid them, another is about unskippable ads where one would watch them for free to view rest of the content.

2. What Are The Examples Of AVOD Models?

Advertising-based video on demand which is commonly known as AVOD provides viewers with free content that entices their attention. Much like in broadcast television, the manifold revenue you can gain comes to about 100% from selling engaging ads on videos. Some prime examples of AVOD platforms that you can think of are, Youtube, Dailymotion, MX player, Roku, Pluto TV, etc.

3. Why It Is Important To Choose AVOD Streaming For Your Business?

AVOD which is free, makes it increasingly accessible for every user across the globe. This monetization model is much treated as a one-stop solution for advertisers in & around, since it allows them to represent brands in front of large audiences to build brand awareness. Moreover, it creates a room for content owners to get an extra payback in their platform by partnering with them online.

4. How To Generate Revenue From A Video Advertising Platform?

AVOD has incredible potential to boost revenue ladders for advertisers & publishers as they are investing constantly into into. Forecasts let us known that global video ad spends is going to reap more profitshare by instream ads, outstream ads, header bidding, ad waterfalling & much more. That is why it is a perfect time to upscale your platform revenue by leveraging with the growing trend.

5. How To Choose The Best AVOD Platform Providers?

It is always better for one to explore the best platform providers who are in favour of providing wide variety of advertising, one who streams using powerful technologies, added with multi-DRM securing rights & more. Also streamers need to find opportunities to capitalize their assets by partnering with various advertisers or third-party professionals. 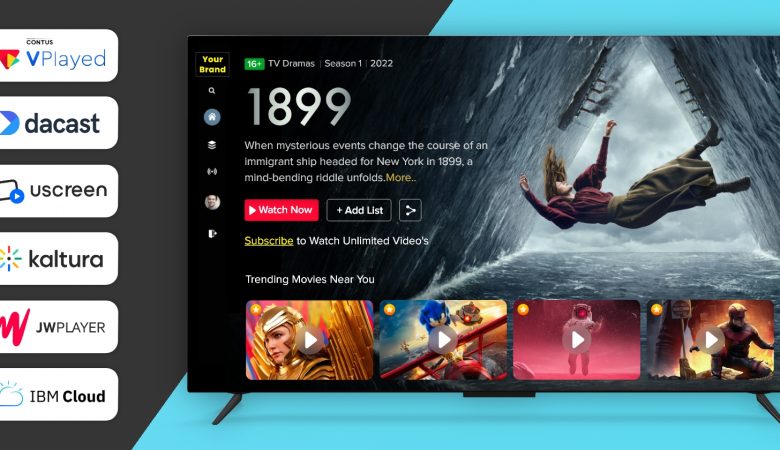 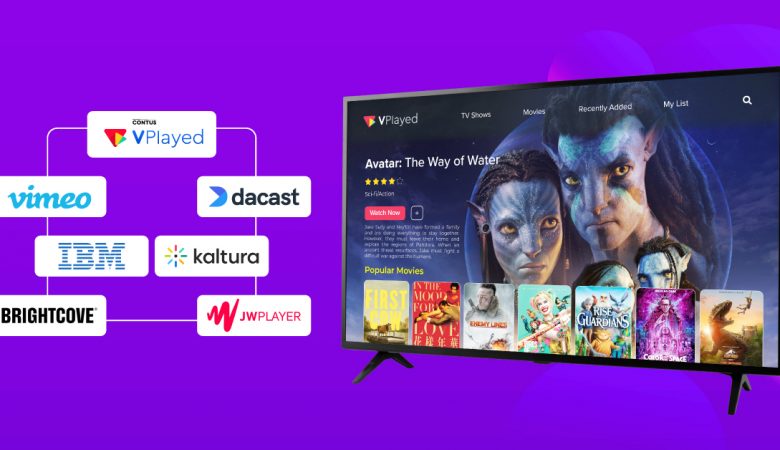 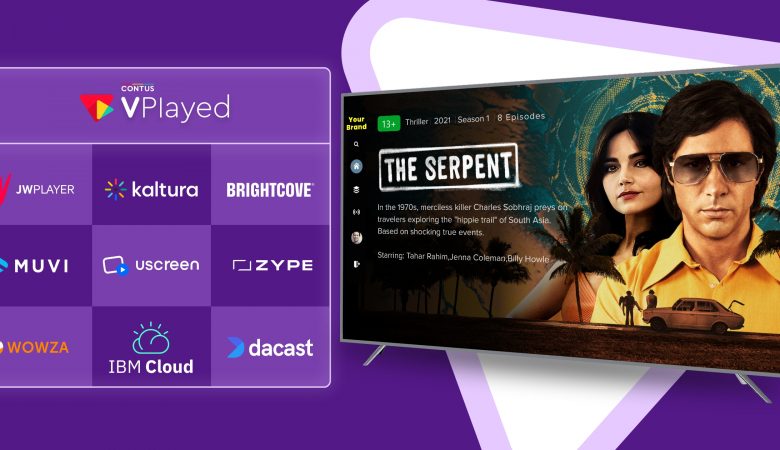 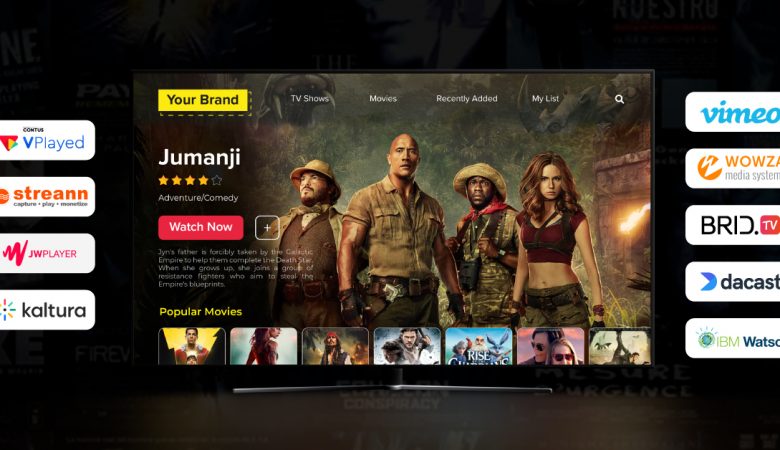 Request Demo
We use cookies on our website to give you the most relevant experience by remembering your preferences and repeat visits. By clicking “Accept All”, you consent to the use of ALL the cookies. However, you may visit "Cookie Settings" to provide a controlled consent.
Cookie SettingsAccept All
Manage consent