The recent beneficiary of HD Video Share was a client from Zurich, Switzerland named Andreas Peterhans who made the most out of the recently released 3.5.1 version of this module. Belonging to German origin, Peterhans wanted to erect a video portal that would act as an online platform for Equestrian and horse riding enthusiasts.

After trying his hand with various video plugins, Peterhans ended up choosing HD Video Share plugin and opted to go for its premium package with a view to popularize the Peterhans eventing team consisting of skilled horse riders and Equestrians.

This case study will take your over the various customizations and readymade solutions which helped in turning Peterhans’ dream into reality.

Andreas Peterhans wanted to add four new categories of his own choice namely ‘Erfolge’, ‘Highlights’, ‘Portraits’ and ‘Kalender’ which translates to ‘Achievements’, ‘Highlights’, ‘Portraits’ and ‘Calendar’ in English. The development team of Apptha created a new module ‘VideoPlus Category’ under which the client was given provision to declare his desired categories and display them in the frontend. 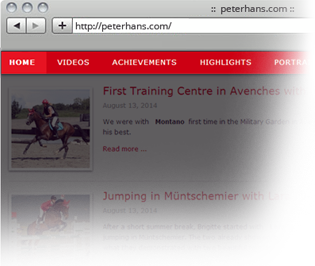 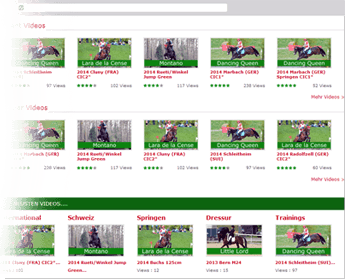 Post the addition of categories via a new module, Peterhans was looking out to perfect the designs and layout of the website on the whole. The video thumbnails were standardized to the size 16:9. After perfecting the placement and sizes of the thumbnails, the fonts and styling were corrected. The category titles were adjusted to adapt into the size of the thumbnail images. 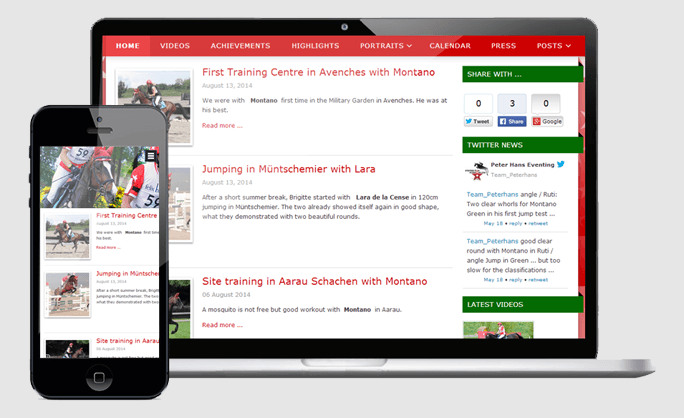 However, the client experienced an issue which restricted the display of the ‘Thumb’ and ‘Preview’ URLs for mobile users, especially in iPhones and Samsung. The development team of Apptha deployed to look out towards this issue conducted extensive research to locate the problem and performed the necessary technical changes behind to get rid of the issue.

The customized module created for housing four new categories had 1 row and 4 columns as the display limit, by default if a user clicks on the ‘View More’ button. Peterhans wanted to display limit to be extended as 7 rows and 5 columns. Apptha made the necessary changes in the PHP coding to customize the display limit for more video suggestions. 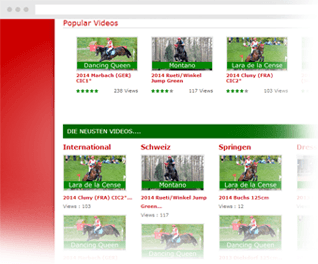 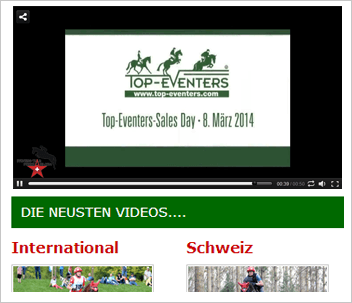 Next to the change in ‘View More’ video suggestions, the client wanted a few URL changes to be made. Once a selected video has completed playing, Peterhans wanted the player to show the next successive video after selected video as the upcoming suggestion to the viewer instead of showing up the oldest video from the database. Apptha’s technicians were quick to respond to this request and made appropriate changes to the PHP codes to get the work done. 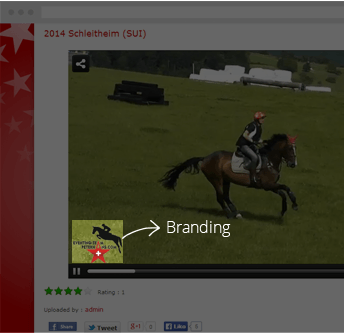 For the online medium, branding helps in bettering your business in all verticals and helps your efforts to be heard globally. Peterhans’ dream of familiarizing his equestrian sporting team came to reality through HD Video share plugin as it had provision to upload their team’s logo on the video player thus contributing for enhanced popularity and branding. 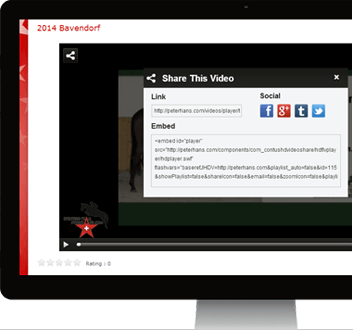 Social networking platforms are the most potential databases in which millions of people stay active and frequently participate. Tapping out these resources in the right way will triple the popularity and help in reaching the target in no time. HD Video Share’s compatibility towards leading social networking platforms like Facebook, Twitter, Pinterest and Google+ assisted Peterhans in updating the happenings and future plans of the team via social networks and eventually earned more fan base.

Have a look at the case studies

Peterhans.com was erected using Video Plus theme as its base. The light-weight design concept of this theme helped in achieving faster loading speeds while the compatibility towards all the widely preferred browsers ensured a flawless video viewing experience for web users. 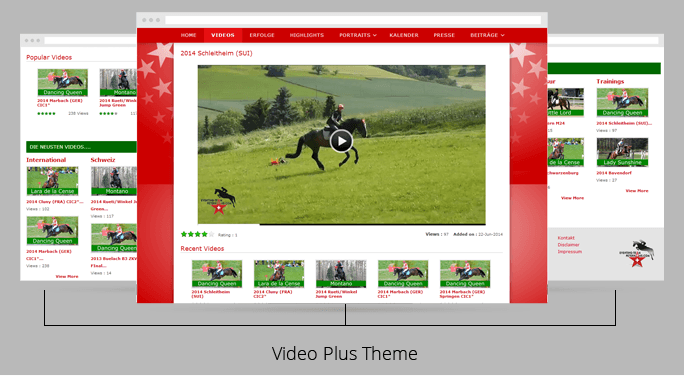 The responsive nature of this extension made was the off-stage performer in achieving better user experience as it helped in maintaining a constant look and feel irrespective of the difference in the screen sizes. The HTML5 support ensured that the videos are delivered to the ever smartphone dependent web crowd with uncompromising quality.The freedom to replace the module positions was the key for inserting the client preferred categories into the website.

Additionally the multiple language support of HD Video Share helped in developing peterhans.com in the language preferred by the client.

How was Peterhans benefited?

Post all the customizations, Peterhans.com came out as a classic piece that replicated the thoughts of Andreas Peterhans. Soon, it became popular among the equestrian lovers and horse riding enthusiasts and is now serving to be an online platform which speaks volumes about the success of Peterhans’ sporting team.

Have a look at the case studies on Thisisbeptv and videopunchtvnetwork to know how HD Video Share has been flexible and versatile in serving the needs in different use cases.

Uncompromising in quality and patient in support. Their complete understanding of the product helps them to bend it as per any requirement. HD Video Share was a comprehensive solution delivered by team Apptha. Kudos to the technicians and the support team as well.

We Accept
© apptha.com All rights reserved.
A part of Contus.